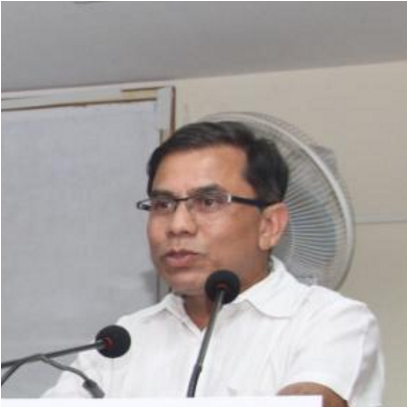 Known for his vibrant role as an environmental and human rights activist for almost two decades, Mahesh Pandya’s desire to work under this field had struck him since his college days. And so began his legendary leaps towards a society where he could serve it by lending a hand to the oblivious sections of the society. Joining hands with Centre for Social Justice in 1996 as Programme Coordinator of Environment Cell, Mahesh Pandya earned his name and way in matters of environmental advocacy, awareness, policy intervention, governance etc. and currently, is director of Paryavaran Mitra.

Mahesh Pandya’s ardor and energy has been one of the main reasons that have made Paryavaran Mitra what it is today. With the help of many others who were part of Paryavaran Mitra and contributed immensely for making Paryavaran Mitra what it is today, it would not have been possible without the guidance of the Director. His goal is to support and mobilize communities at the local level, guiding them to access, control and manage the resources in a healthy fashion. Attending more than a 100 public hearings, Mahesh Pandya’s heart wishes nothing but to help the downtrodden and people that have no idea of how to help themselves. He has been actively sending written comments, objections and suggestions to concerned authorities for any project’s public hearing in Gujarat. It was under his leadership that Paryavaran Mitra mobilized people to participate in the Environmental Public Hearings (EPH) through sending information, conducting meetings and visiting project-affected villages and also encouraged people to participate in these hearings and raise their opinions and concerns. As the Director of Paryavaran Mitra, Mahesh Pandya took great initiatives to promote public hearings of Paryavaran Mitra and it was all done to engage in public consultations with its stakeholder groups by proactively disclosing its information with the objective to establish transparency and pronounce it accountable in the public arena.

Mahesh Pandya has not just focused his attention on helping people from the grass-root level alone, but his actions also went to the concern authority at National level in the form advocacy through writings in case of violations. Besides this, Mahesh Pandya has keenly intervened in various policies like regulatory Framework on Wetland Conservation, Hazardous Waste rules (2008), Lokpal Bill and Lokayukt Bill in Gujarat, Certified Emission Reduction revenues for Welfare and Development work, national policies related to environment namely Environment Impact Assessment Notification 1994, 2006 and 2009, Draft Coastal Management Zone Notification, National Environment Policy and National Action Plan on Climate Change etc.

He is the editor of the bi-monthly magazine of “Paryavaran Mitra” since 1997, has authored and co-authored many books and publications like “Dariya Kinarana Udyogo ne Lagta Kayda” with Kinnari Shah, “Environmental Public Hearing” etc. He had even published papers on different issues related to environment, climate change and sustainable development at national level. With an all-round participation and contribution, Paryavaran Mitra has far reached its apex and zenith. With his wit and astuteness, he has used analytical strategies to reach through problems at the grass-root level, be it through a personal touch or reaching the audiences through media.