Paryavaran Mitra was closely looking at CDM policy in India, and proposed and implemented projects in Gujarat. In this regard, a comparative study of legal framework of CDM in India, Brazil and China was done. This gave idea of the legal system for CDM projects and revenue; and also role of Government in CDM in these countries. It also gave us measures that should be taken by Indian government for transparency in CDM Projects.

We submitted comments for UNFCCC’s calls for Inputs on the Policy Dialogue in January 2012.

We submitted comments for UNFCCC’s call for public input for validation process in August 2011.

Our contribution to CDM

Paryavaran Mitra in collaboration with CDM Watch and other organizations organized a 3-day workshop on CDM on 16 September 2009 (For report: http://carbonmarketwatch.org/wp-content/uploads/2012/04/Report_CDM-workshop-final.pdf ). The objective for this workshop was to bring together all those who are working on CDM issue and give inputs in COP-15 which was going to be organized in Copenhagen, Denmark on 7-18 December 2009. More than 80 representatives of NGOs, activists and citizens of Armenia, Bangladesh, India and Uganda remained present in it. 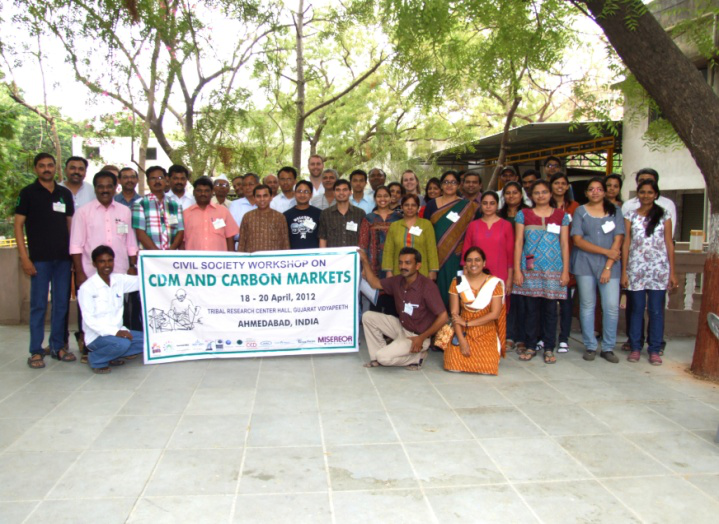 A paper was prepared on the basis of research work done in CDM India, Brazil and China, which contains involvement of Paryavaran Mitra in CDM and suggested measures at policy level for CDM projects.

Paryavaran Mitra became a member of CAN-Climate Action Network. Under this network a group on CDM was formed to give direct suggestions to UNFCCC. Also met Mr. Shyam Saran (India’s foreign secretary) and had talk about issues and questions related to CDM.

Networking with other organization